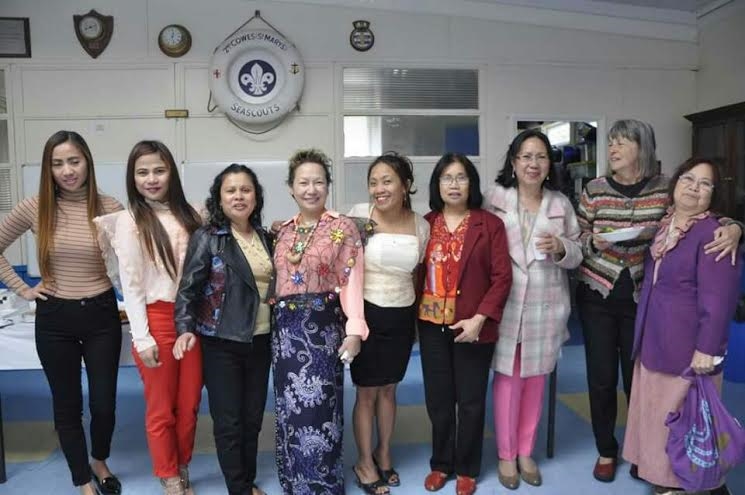 The ladies from the Equals Friendship Group brought absolutely gorgeous home-made traditional food, representing dishes from each of their countries. The display was outstanding and the aromas were difficult to resist. The atmosphere was warm and welcoming, helped tremendously by Aireen Gauntlett who was Master of Ceremonies. 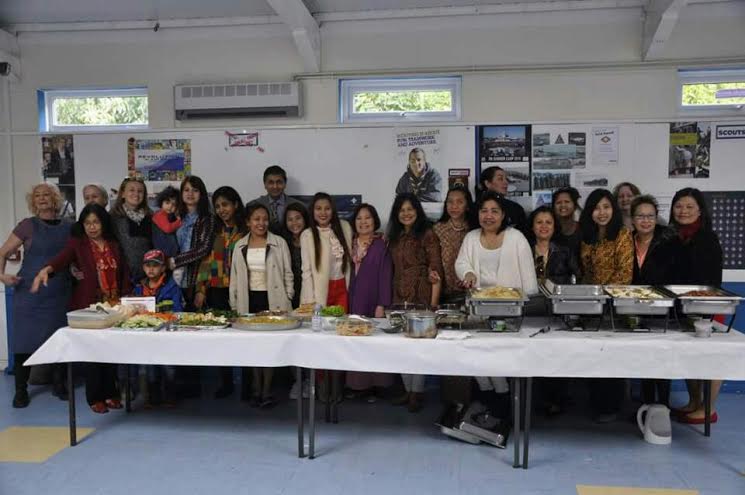 A bottle of wine was presented to Dr. Shazad Khan, Chairman, for his continuing support of Equals. He gave a speech of thanks and expressed delight at the success of the group. Cecilia (Cici) Shaw was given flowers as a “thank you” for all the time and effort she has given to Equals. Niviera Piper, Vice-Chairperson, received flowers for her outstanding contribution to the charity, the Friendship Group and the organisation of the English Conversation Group. Caz Hailstone who guides the Conversation Group also received flowers. 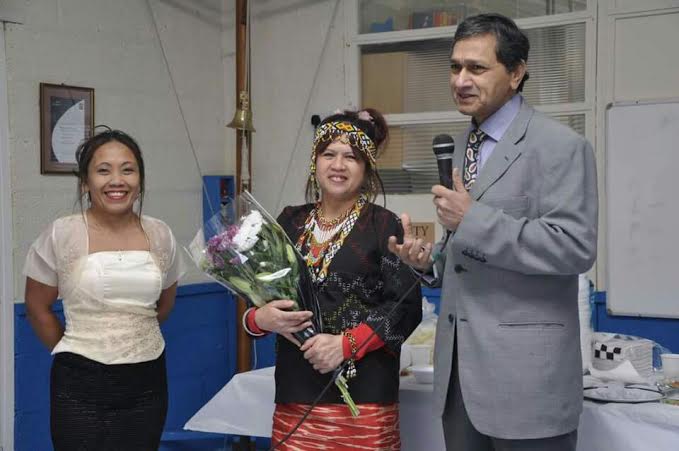 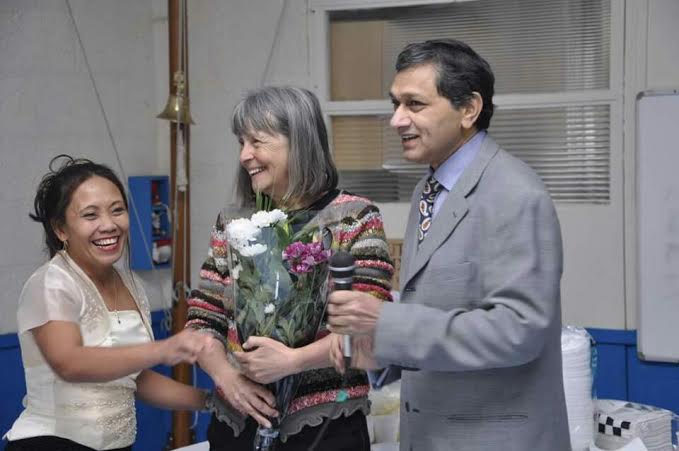 Among the guests were Police Community Support Officer Lisa Paul who regularly supports and advises the group, Mark Cox from MC Enhancements who offers free courses , Jo Henley from Communications at St.Marys Hospital, Newport and Jane McKean the Equals Committee Secretary who is also a Health visitor at Cowes Medical Centre and has been a tremendous support to the Group. Also in attendance were the husbands and families of Equals supporters.

A number of ladies wore traditional costume; they were all beautiful. It was judged that the most outstanding was Cecilia (Cici) Shaw's lovely dress and head dress.

Cici won first prize in the competition for best costume. A raffle was run, with an amazing first prize of a holiday generously donated by Aireen, who owns a Guest House here on the Isle of Wight. Cici Shaw was the very surprised winner! She and her husband look forward to taking a well-deserved break...when they have a minute to spare.

Caz Hailstone made an appeal for everyone in need of guidance with the English Language to attend the Conversation Group regularly. The group currently meets each term-time Monday morning at The Man in the Moon, Newport at 10.30 for an hour. Caz said that the funding for this group is for 8 or more people; if less than 8 attend weekly, we will lose the funding for the course. This is an important offshoot of the Friendship Group, free to anyone and we would like the provision to continue. Please support the group!

Many children also attended and enjoyed the four-hour event.

Also present were the remaining people listed as present in the minutes of the AGM, who all support Equals unfailingly. Laraine Pascoe, Wendy Loader, Sandra Trigg and Anna Speczyck all enjoyed the event; all offered ongoing and unconditional assistance and advice. Jo Henley has also offered to help promote Equals via St.Marys Hospital website.

Finally, a mention must go to everyone who worked so hard behind the scenes before, during and after the event. Lots of people helped in the kitchen and with clearing everything away afterward. A big “THANK YOU” to all concerned; Dr Khan also went above and beyond the call of duty which did not go unnoticed. 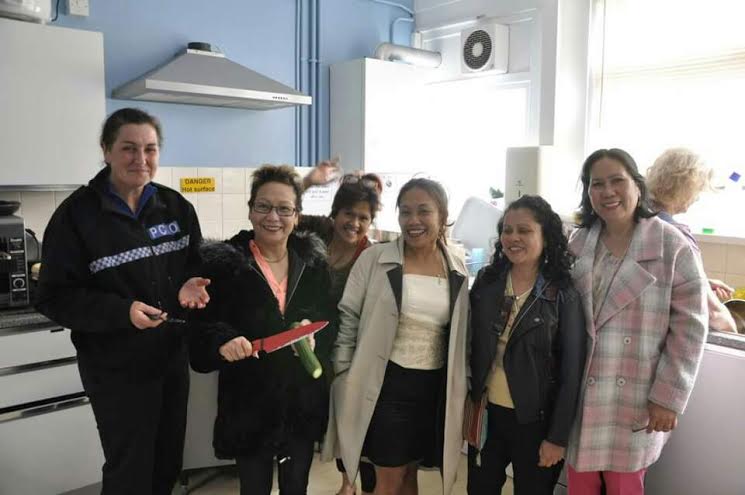 Cameras were clicking throughout the event and many can be found on Equals Isle of Wight Facebook; the official photographs of the Open Day shown here were taken by Martin Young.

Thank you to everyone who supported this annual get-together; roll on Open Day 2017!

The AGM and Equals Open Day were held at the Scout Hall , Smithards Lane Cowes Isle of Wight on Saturday 23rd April 2016.